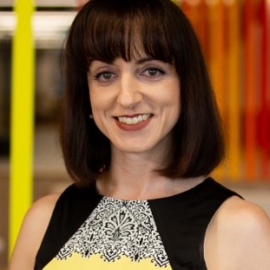 My work has primarily been focused on investigating the mechanism of action of the DNA-damaging anti-tumour drug, cisplatin, and related compounds. My Honours and PhD projects explored anti-tumour drug-DNA interactions in a reconstituted chromatin system and the gene expression response of human cells to drug treatments.

When the influence of chromatin structure on cisplatin DNA damage was investigated in a reconstituted nucleosome system, the major significant finding was that the preferred site of cisplatin DNA binding was in the linker region of nucleosomal DNA. Three different cisplatin analogues were investigated using the same reconstituted nucleosome system and were also found to target the linker region of the nucleosome. The finding that the presence of nucleosome core proteins inhibits the reaction of cisplatin (and analogues) with DNA in chromatin has several important implications for the design of anti-tumour drugs based on cisplatin. The gene expression work was conducted using human cells and microarray technology. The purpose of this study was to clarify the molecular events that are important to the anti-tumour activity of cisplatin, using gene expression profiling techniques. Human foreskin fibroblast cells were treated with cisplatin or its clinically inactive isomer, transplatin. Dual-fluor microarray experiments comparing treated and untreated cells were then performed.

Drug-induced gene expression profiles constructed from the resulting data consistently described a subset of genes that are significantly regulated in response to drug treatment. In addition, several genes were identified that display different expression responses in cisplatin- and transplatin-treated cells. The discovery of expression traits unique to compounds with clinically effective anti-tumour properties, like cisplatin, could enable the identification of new drug targets and ultimately permit the design and development of improved cancer chemotherapeutic agents with less harmful side effects. Alternative functional studies are now being considered in order to investigate the potential role of such genes in mediating a cytotoxic response.