"The candle has been lit".

The Perseverance rover and Ingenuity helicopter are en route to Mars, beginning their quest to find ancient signs of life, fly the red planet's skies and blaze a travel for humans to one day follow suit.

"It's a really significant mission with the best chance in my lifetime of discovering evidence for life elsewhere in the solar system," David Flannery, a member of the Perseverance science team and long-term planner for the mission, told CNET.

NASA's next-generation robotic explorers departed Earth in the early morning sun of the Florida coast aboard a United Launch Alliance Atlas V. Just 20 minutes before Thursday's launch a 4.5 magnitude earthquake rocked NASA's Jet Propulsion Laboratory across the continent in Pasadena, California, but it did not dim the launch excitement. Even a global pandemic could not stop it.

At 7:50 a.m. local time/4:50 a.m. PT, the main engine and four rocket boosters fired on the Atlas rocket, a vehicle that stands taller than the Leaning Tower of Pisa. The rocket lifted off the Cape Canaveral launch pad with a dazzling flux of fire, steam and smoke.

Separation of the Mars 2020 spacecraft from the rocket booster occurred just short of an hour after launch. NASA's two interplanetary automatons are now on their journey and will travel almost 350 million miles on a nearly seven-month journey to the red planet.

The journey to launch was much longer.

Eight years ago, NASA announced it would build a Mars rover modeled closely on Curiosity, which departed for the red planet in 2011. Battling governmental budget cuts, NASA essentially cobbled together the rover, sometimes using leftover parts of its predecessor, and Perseverance was born. For scientists like Flannery, Perseverance wasn't just a name. Prior to launch, he said he was nervous and optimistic because liftoff was a long time coming for NASA's science team.

"Most of us have been working on it for the better part of a decade," he said.

Perseverance is an all-in-one, rolling science laboratory. Like its predecessor, it's about the size of a car but contains a large turret on the end of a robotic arm and thicker, sturdier wheels. The nuclear-powered vehicle contains seven science instruments, two microphones and 23 cameras -- nine for engineering, seven for conducting experiments and seven to watch the rover descend to the surface. It will be capable of producing stunning images like the ones beamed back by Curiosity, but it's also an incredibly capable alien-seeking device, building on NASA's previous and current exploration on the red planet.

"Previous missions to Mars have examined the geology and revealed a history in which the red planet had oceans and rivers billions of years ago," said Alan Duffy, an astronomer at Swinburne University and lead scientist of the Royal Institution of Australia.

"Perseverance will seek the chemical signs of life within that geology, allowing us to better say just how habitable a world it was."

It will take a long time before data from the surface will begin filtering back to Earth, however, and there are a host of items to tick off Perseverance's objective list.

The next milestone is, of course, landing on Mars and overcoming the so-called "seven minutes of terror" -- 420 seconds between hitting Mars atmosphere and touching down on its surface.

"Landing is the really hard part," said Flannery. "We have some heritage with this particular mission -- the landing system worked with Curiosity. I am optimistic."

The maneuver is scheduled to occur in February 2021. If all goes as planned, Perseverance will finally roll its feet in Mars' dusty soil and begin its science mission. The science payload aboard Perseverance include an X-ray fluorescence instrument, spectroscopy instruments and a number of radars. Together, they'll enable Perseverance to observe the chemistry of its landing site, Jezero Crater.

"Jezero Crater was once an ancient lake filled with water some 3.5 billion years ago and the conditions are ideal to search for possible traces of ancient life," said Brendan Burns, an astrobiologist at the University of New South Wales, Australia. The mission plans to snatch up soil and sediment from Jezero and plans to cache those samples and leave them on the surface of Mars for future missions.

"The rover is collecting rocks on Mars that will eventually be brought back to Earth for analysis," said Bonnie Teece, an astrobiology Ph.D. student at the University of New South Wales. "Those precious few grams of Martian rock might totally change our understanding of our closest neighbor."

For students like Teece, Perseverance offers a lot of opportunities. Duffy notes that the rover could continue producing data for years to come.

"Generations of scientists depend on this mission successfully launching from our planet and landing on another," he said.

The interplanetary freeway between Earth and Mars is as busy as it's ever been. In the last two weeks, the United Arab Emirates and China have both sent missions to the red planet. The UAE launched an atmospheric probe known as Hope, which aims to examine Mars from orbit and provide a holistic view of the planet's atmospheric cycles, potentially answering long-standing questions about its unusual composition of gases. China, by contrast, is attempting a mission to land on Mars' surface. Its Tianwen-1 mission is composed of three spacecraft: an orbiter, a lander and a currently-unnamed rover.

Perseverance and Ingenuity are trailing them but aren't far behind.

"This is a monumental occasion," Burns said. "The candle has been lit." 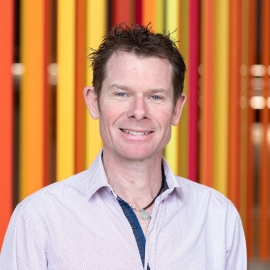