After 20 years of effort, congratulations to Associate Professor Wallace Bridge and his industry partners on the recent US product launch of the first of the Continual®G line of dietary supplements containing gamma-glutamylcysteine (GGC).  The Sydney based company and its US subsidiaries are 100% Australian owned.

GGC is the immediate precursor to glutathione, which is often referred to as the “master antioxidant” as it is central to our health via the control of cellular oxidative stress.  Unfortunately, in many chronic disorders, the affected tissue loses the ability to maintain glutathione at healthy levels. 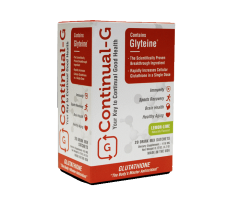 In the late 1990’s, Wallace became interested in exploring the therapeutic potential of GGC but found it wasn’t commercially available. Over the next few years, he and his PhD student, Dr Martin Zarka, developed and patented a GGC manufacturing process.  The patent was then licensed in 2005 by UNSW Innovations to the start-up company Biospecialties Australia for commercialisation. Martin joined the company as its R&D manager. Since then, Wallace, Martin and the Biospecialties CEO, MIT trained chemical engineer Mr Rajan Shah, with the financial investment of the Baldini family have collaborated to bring GGC to market. 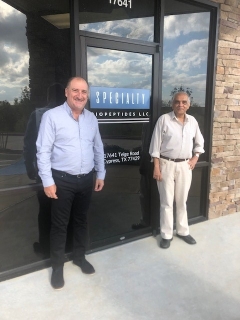 The manufacturing process was first validated and refined in pilot studies at Biospecialties’ Mayfield, Newcastle factory with the assistance of a $1.1 million Federal government Commercial Ready grant.  A new semi-automated GMP factory in Houston, Texas was commissioned in early 2019. Today, the Mayfield factory continues to perform process development work and the manufacture of some intermediates used at Houston.  In-vitro, preclinical and UNSW sponsored human studies to investigate GGC’s safety and efficacy led to GGC gaining Generally Recognised as Safe (GRAS) status via the FDA’s self-affirmation process. This means that in the US, GGC, which has been trademarked as Glyteine®, is eligible for sale as a food ingredient.  Regulatory approvals in Australia and other global jurisdictions will be sought once the US market for Continual-G products is established. 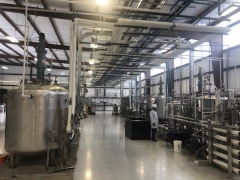 Wallace commented “From my first realization of the extraordinary potential of GGC, I have focused my research work on making this remarkable compound available to everyone”, adding “My collaboration with Martin, Rajan, the Baldini’s and their colleagues and the completion of the first commercial manufacturing facility in Texas has made all the hard work over the years well worth it.” 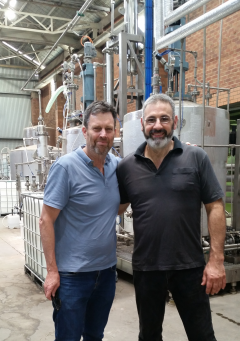 Wallace is currently working with other teams of UNSW scientists and clinicians to investigate Glyteine’s use in the treatment of Alzheimer’s and Parkinson’s diseases, cystic fibrosis and autism, with many other conditions slated to be tested in future studies.