Mukan was bored. After a year in an office job, he knew he could offer more to the world. 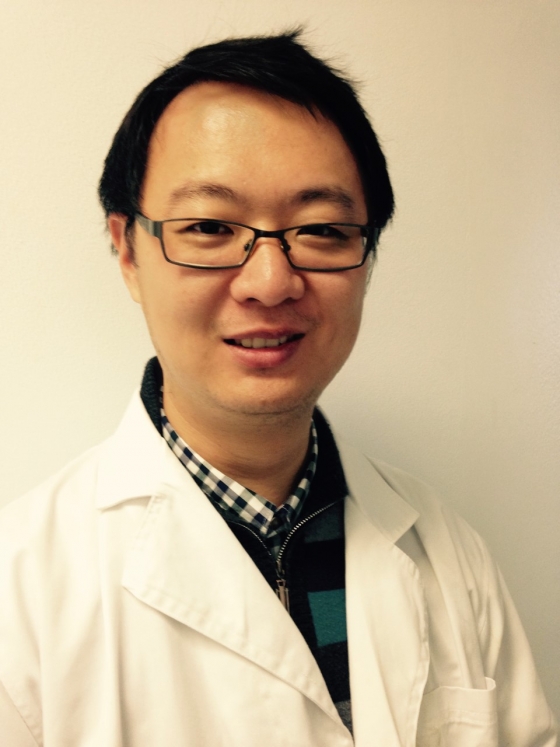 With a degree in biotechnology and an MBA already under his belt, he started a Master’s with Dr Belinda Ferrari at the School of Biotechnology and Biomolecular Sciences. She soon encouraged him to continue with a PhD.

“This turned out to be one of the wisest decisions I ever made.”

“There was little knowledge available on Antarctic biodiversity, and even less on the functions of the microorganisms living in this freezing land.”

One mystery was what these microorganisms ate, as these soils are typically low in organic carbon and nitrogen. Some thought carbon provided by photosynthetic Cyanobacteria was the answer. Yet, they were scarce in the polar deserts Mukan was investigating.

Instead, he found a high abundance of two dark matter bacteria, WPS-2 and AD3.

“We sequenced the genome of these ecosystems, and found that these bacteria had genes required for carbon fixation and hydrogen oxidation.”

Further experiments confirmed that WPS-2 and AD3 did in fact take hydrogen, carbon monoxide and carbon dioxide from the air around them.

“Our meta-analysis showed that this phenomenon was potentially widespread in Antarctica. These bacteria could be the foundation for a complete ecosystem.”

He published these findings in Nature—quite an achievement for a PhD student.

“At first it was unbelievable, then I gradually became proud, excited and encouraged to go further.”

His research expanded our understanding of extreme ecosystems on Earth and could even inform our search for life elsewhere in the universe.

“If these bacteria can survive in Antarctica, there is a high possibility of them being able to survive on other planets.”

Mukan currently works as a research scientist at the Chinese Academy of Sciences Institute of the Tibetan Plateau.