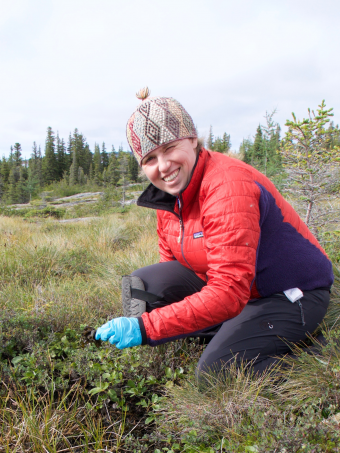 Dr Anne Jungblut’s work has taken her to some of the most extreme environments on Earth.

Her interest in the natural world has more humble origins.

“As a child I used to enjoy hunting for fossils during the summer holidays and searching for pretty shells on the beach.”

This led her to study biology at the University of Konstanz in southern Germany, before moving a little further south to do a PhD at the School of Biotechnology and Biomolecular Sciences.

“I chose cyanobacteria as the subject of my PhD because of their ability to thrive in extreme environments and their importance for human health, ecosystem stability and the evolution of life on Earth.”

Cyanobacteria are also called blue-green algae. While their name makes many of us think of toxic blooms, we owe a lot to these microorganisms. Billions of years ago they helped build Earth’s oxygen atmosphere through photosynthesis. They went on to kick-start the evolution of plants as the early ancestors of chloroplasts.

Anne’s PhD laid the groundwork for her career, giving her the opportunity to do fieldwork in Antarctica and build a professional network with researchers from around the world.

She now heads up a research group at London’s famous Natural History Museum. Lately, they have been using next generation DNA sequencing to study cyanobacteria collected in Antarctica more than 100 years ago by Scott’s ‘Discovery’ Expedition. This will provide a baseline that can be compared to present-day samples, to evaluate the future impacts of climate change and human activity in Antarctica.

Anne has continued her own polar explorations, leading a project funded by the National Geographic Society on the remote South Georgia Island. Famed for its whales, seals and penguins, Anne’s team studied some of the area’s smaller wildlife. Using DNA sequencing, they assessed the diversity of microbes in the island’s glaciers. 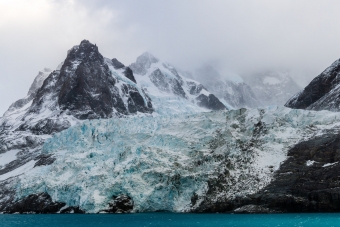 Anne believes that teamwork is vital in science, and has worked on some collaborative projects closer to home.

“I was the lead scientist on a project called ‘The Microverse’ where scientists teamed up with school and community groups around the UK to study the hidden microscopic life in urban environments, using DNA sequencing.”

Her experience shows just how varied a research career can be.

“I have been fortunate to work with incredible people from around the world, participate in training the next generation of scientists, and share my fascination of the natural world with wide audiences.”