“Someone called me up very early in the morning and said ‘Hey, would you like to help us out with this Mars rover business?’” 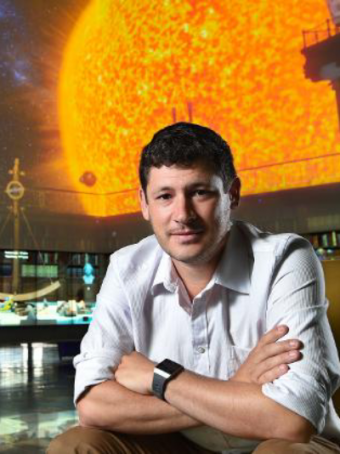 Dr David Flannery has been asking big questions ever since he was little.

“What's the deal with this planet? Why am I here? Where did humans come from?”

Science seemed to have the answers, leading him to do an undergraduate degree in geology and biology. Then the opportunity of a lifetime brought him to the School of Biotechnology and Biomolecular Sciences to do a PhD.

“A grandfather of the field of astrobiology in Australia, Professor Malcolm Walter, offered me the chance to research some rocks in the desert, which preserve some of the oldest evidence of life on Earth.”

These rocks, clocking in at between 2.5 and 4 billion years old, contain evidence of ancient microbes and their environments. But David’s research has implications beyond our own history. The more we learn about the conditions that supported early life on Earth, the better our chances of finding something similar elsewhere in the solar system.

David’s PhD taught him a lot about how to do good science, including always questioning one’s ideas and learning from one’s mistakes. He changed course after a year of hard work when he realised that his initial topic was “probably impossible”. This did not stop him from finishing his degree and becoming an expert in his field.

NASA’s Jet Propulsion Laboratory (JPL) was keen to put this expertise to work as part of the Mars Exploration Program.

“Someone called me up very early in the morning and said ‘Hey, would you like to help us out with this Mars rover business?’ and I said, ‘Yeah, sure’ without knowing where it was or how much they paid.”

Just being at the NASA JPL was exciting. Within a short few years, one of the instruments he was working on, called PIXL, was selected to be used on the Mars 2020 mission.

“Everything just took off. We built a new lab and became deeply involved in the mission.” 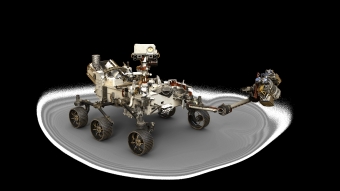 PIXL was initially proposed by another Australian scientist, Dr Abigail Allwood. Along with the other instruments aboard the rover, it will search for evidence of ancient microbial life on the surface of Mars. PIXL is designed to detect chemical changes these tiny martians may have made to rocks and soils which are a similar age, and were formed under similar conditions, to those David studied in the Australian desert.

“In that sense, the research from my PhD really came in handy! At the time, it seemed like a very obscure investigation without many real-world applications.”

As long term planner for Mars 2020 and a co-investigator of PIXL, David will help remotely operate the rover when it lands on Mars in 2021.

He is excited about what they might find, and hopeful about where their research will take them in the future.

“We’ve only really scratched the surface. In the coming years, we'll map the entire planet geologically and learn a lot more of the story.”

For David, this curiosity is a fundamental part of science.

“I tell my students that as long as you're interested in something, research could be your thing. Even if you're not getting the best grades at the best school, if you follow your interests you might end up being a brilliant research scientist.”