“As scientific technologies develop, you can push the boundaries of the type of questions you can answer.” 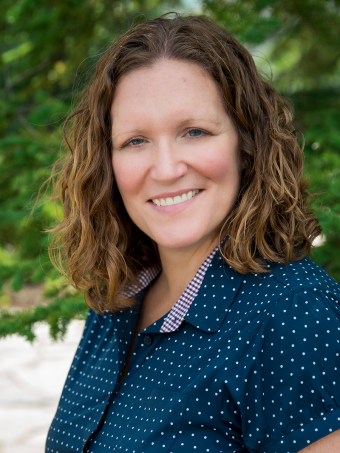 Dr Jacque-Lynne Johnson has been a research scientist in three different laboratories and worked extensively in research commercialisation. Yet as an undergraduate student in Canada, she had no idea where her science degree would take her.

“I remember a professor coming to talk to my biochemistry class. ‘Who is going to med school?’ Half the class put their hands up. ‘What about the rest of you?’ Then he started talking about research and I thought that sounded really interesting.”

Jacque-Lynne didn’t let not doing an honours program get in her way. A summer course led to a job as a technician in a research lab investigating cell division, and she would complete her Master’s degree in the same place a few years later.

“There's more than one path, even to get to the same place as other people.”

She continued her journey with a PhD at the School of Biotechnology and Biomolecular Sciences. She knew she wanted to come to Australia and did her homework before choosing UNSW.

“I really looked at the researchers associated with the universities. Were they doing something interesting? Was it something I would like to do?”

Her PhD investigated a form of cell communication called “hedgehog signaling”. In embryos, it is one switch in the complex process of a cell becoming a specific type of tissue. For example, lung, bone or muscle, which was Jacque-Lynne’s focus. Researchers are still learning about all the roles hedgehog signaling has in embryos and adults, but we do know that when it goes wrong, it can contribute to many conditions including different types of cancer.

As well as the science, Jacque-Lynne really enjoyed working with great people in a supportive environment.

“There is a misconception that science is solitary. You're not at a bench all by yourself playing with test tubes. You have your own project, but your lab mates feel like part of a team, you have common goals.”

While she got a lot out of her studies, she didn’t see a future for herself in academia and started to ask how else she could use her scientific knowledge.

A professional development course during her postdoctoral research introduced her to intellectual property. This led to a job back in Canada helping researchers introduce their discoveries into the world, whether through start-ups or other commercial ventures.

She is now Director of Operations at a start-up herself. The company is working on genetically altering yeast using synthetic biology to produce pure versions of cannabinoids.

“There is anecdotal evidence that cannabinoids can treat pain. But because people extract them from plants, they're never a hundred percent pure.”

Working with pure cannabinoids would help researchers understand which of the more than 100 are effective for pain relief and under what conditions.

Recent advances in biotechnology underpin this work, from identifying which genes perform specific functions, to inserting them into different organisms.

“As scientific technologies develop, you can push the boundaries of the type of questions you can answer.”