“I was thinking ‘What am I going to leave behind?’ and doing science seemed like a good way to be useful to humankind.” 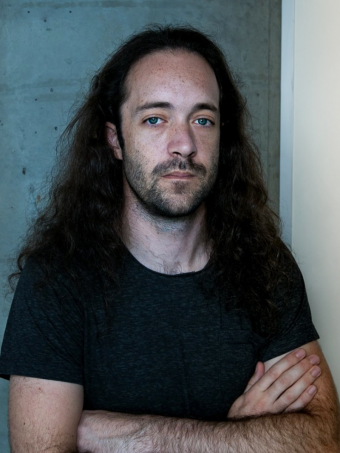 Meow-Ludo thinks science is for everyone, whether they study it at university or not.

His own involvement with science began with a revelation while he was working in a call centre.

“I was thinking ‘What am I going to leave behind?’ and doing science seemed like a good way to be useful to humankind.”

Meow-Ludo enrolled in science at UNSW the next day. He wanted to do neuroscience originally, but after doing a huge range of subjects in his first year, decided to major in molecular genetics at the School of Biotechnology and Biomolecular Science.

He also enjoyed astrobiology, which started his interest in transdisciplinary science.

“It's a really fun field because it combines astrophysics, genetics, microbiology and geology.”

During his time at UNSW, Meow-Ludo developed great friendships with other students, support staff and academics, many of whom continue to enrich his life.

Meow-Ludo has had a varied, and at times controversial, career since he graduated. He is currently building a company to address global warming using a plant called Azolla. This small aquatic fern has cooled the earth once before, in a phenomenon called the Azolla event some 50 million years ago.

He is most proud of his contributions to biohacking in Australia. He established BioFoundry, a community lab space that has been helping people of all experience levels to develop their skills and ideas for more than five years.

Meow-Ludo might be best known for implanting an Opal microchip into his hand. Despite the subsequent legal action, he was happy to see this start a conversation about freedoms, biohacking and the future. He has also run for office in three elections, including for the Flux and Science parties.

“I like to take advantage of every civil right that's available to me. It's part of the reason that I changed my name.”

He is a great believer in scientists creating their own careers.

“If you employ yourself and you're successful, you'll be loaded. If not, you’ll still have a really interesting life.”

“Don't be worried if you're taking longer than your peers. Don't be scared to take a direction that no one's gone before. The key is to always be true to a vision of yourself.”

Meow-Ludo attributes a lot of his own success to his father.

“My Dad is really smart and we talk a lot about emerging technologies. He was the one who first told me about biohacking! So I'm very lucky to have him in my life.”