Tim Owen: From the Microscope to the Ministry

“You’re not limited to academia, there are many fascinating roles out there.” 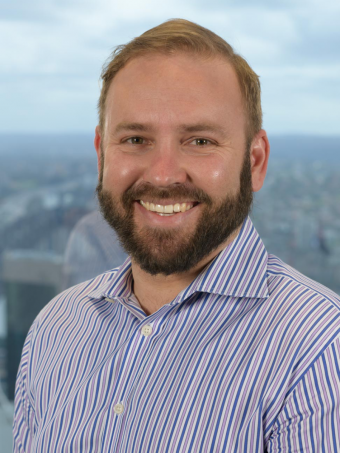 Tim Owen’s career shows that the skills you learn in a science degree can take you anywhere.

Tim had an early interest in biology, watching a lot of David Attenborough shows as a kid. Combined with growing up in a house of health professionals, it isn’t surprising that he wanted to study medicine when he left school.

“I got the offer for medical science at UNSW and I jumped at the chance.”

Living on campus, he threw himself into university social life, becoming president of his college’s student association.

“I formed very strong connections there. I actually met my wife through someone I went to college with.”

His studies, on the other hand, didn’t go quite to plan.

“A year into uni, it was abundantly clear that medicine wasn’t going to be the right pathway for me.”

Tim was still fascinated by many of his science subjects, especially electives like biotechnology.

So, he approached a career advisor who helped him swap to a double degree majoring in history and microbiology. He now sees this as part of the university learning experience.

“Uni is where you go to throw everything you understand onto the floor, smash it, and rebuild it.”

When Tim graduated, a part-time administration job transitioned into a policy position in the NSW government. He has worked in diverse government roles ever since.

“I have a colleague who was my boss when I started 12 years ago. It’s nice to have that kind of continuity.”

Department of Planning, Industry and Environment. He still uses many of the skills he learned during his science degree, like taking an evidence-based approach to his work.

“It’s those broader skills around how you approach problems and understand complex systems that have been most useful for me. You never quite know what will help.” 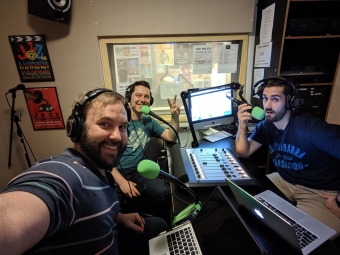 Tim has also never lost his curiosity about science. For a few years now, he has co-hosted a radio show called Boiling Point that shares the latest science and environment news. Doing the show keeps him in the loop, helps listeners appreciate the impact of science on our world.

“One of our missions is to give researchers and PhD students the chance to communicate what they are doing, and why it matters.”

His advice for students is to take a step back and explore where a degree could take them.

“I remember visiting a friend who was a winemaker in the Barossa. They took us on a tour behind the scenes and said ‘that’s where the microbiologist does their thing’. I was like ‘What?’.

“You’re not limited to academia, there are many fascinating roles out there.”