“It felt really good discovering something. I had fitted in a piece of the puzzle.”

Reading ‘The Making of Memory’, Steven Rose’s remarkable book on the neuroscience of our mind’s murkiest functions, was a turning point for Cristy Gelling. 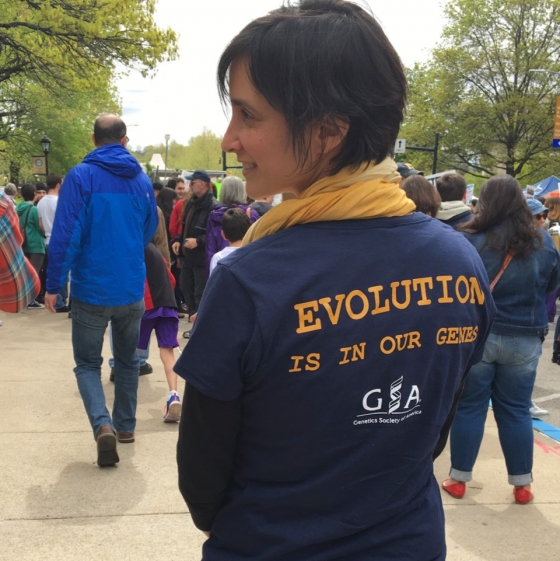 “He talked about his day-to-day life as a scientist and it suddenly occurred to me, ‘I could do that.’”

Her first step was a Bachelor of Science at the School of Biotechnology and Biomolecular Sciences, where she was intrigued by Prof Ian Dawes’ genetics lectures.

“He showed us that as a scientist, you can choose which experiments to do next, you can answer your own questions.”

Cristy explored this new-found power through an honours year in Prof Dawes’ lab, before continuing on to a PhD. Her momentum suddenly stalled when she was scooped on her main topic. Feeling deflated, she began searching for a new direction.

“I made a random observation that a particular yeast mutant had a very specific phenotype that suggested it wasn't making iron-sulphur cluster proteins properly. I wondered why.”

This was worth exploring, as iron-sulfur (Fe-S) cluster proteins are essential for a wide array of metabolic functions in almost all organisms.

Assaying Fe-S cluster proteins was tricky, so Cristy went all the way to Germany to learn from a lab who specialised in the area.

“It was a wonderful experience. I'd gone from thinking that my PhD was in the drain, to having a topic that was interesting to me, to my lab, and to other people.”

Cristy’s determination paid off. She found that variants in a gene that she named IBA57 were behind the phenotype. It encodes the Iba57p protein, which is involved in adding the Fe-S cluster to two important Fe-S proteins, called aconitase and homoaconitase.

“It felt really good discovering something. I had fitted in a piece of the puzzle.”

During her postdoc, Cristy wanted to try working outside the lab. Returning to what first sparked her interest in science, she pursued science writing.

“Don't assume that because you like doing research, you wouldn’t also enjoy other careers.”

She is now Communications Director at the Genetics Society of America.