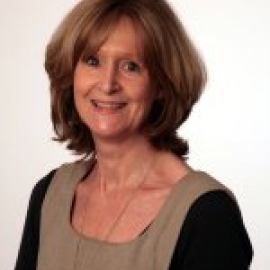 Professor Mitchell was one of the first in the world to study the epidemiology of H. pylori infection and developed one of the first ELISA assays for the diagnosis of H. pylori infection. Using this she demonstrated that transmission was person to person and showed that infection was mostly contracted in childhood. In 1996 she was a founding organiser of the Western Pacific Helicobacter pylori study group and was convenor of the first meeting in Guangzhou, China and international scientific adviser for subsequent meetings in Malaysia, Indonesia, Australia, Japan and Thailand.

Over the last 17 years she has undertaken major studies in China in the area of epidemiology, pathogenesis and gastric cancer. In 1998 she was invited by Professor I Segal to collaborate on an investigation of H. pylori infection in South Africa. This collaboration led to the award of the South African Gastroenterology Society Astra Fellowship to further develop this research collaboration on the role H. pylori virulence determinants, the immune response and host genetic factors in the causation of H. pylori related disease. In 2003, she initiated a major study, in collaboration with Professor David Forman and the Victorian Cancer Council, to investigate the role of I and host genetic polymorphisms in gastric cancer in Australian subjects, the results of which have recently been submitted for publication. In 2004 she was awarded a 3-year grant by the NSW Cancer Council to conduct a study with collaborators in Malaysia, Singapore, Australia and the UK into the role of bacterial, host genetic and dietary factors in gastric cancer. In addition to these collaborations, Professor Mitchell has an ongoing collaboration on I with Professor Lars Engstrand, Karolinska Institute, Sweden where she undertook a 6-month sabbatical in 2006.

In addition to studies in humans, she has been involved in an increasing number of studies in animal models of disease in the areas of H. pylori pathogenesis, and investigation of the action of probiotics and IBD. In 2001 she was awarded an Eli and Edythe Broad Foundation grant to conduct preliminary studies into the role of therapeutic vaccination with Helicobacter species in a mouse model of IBD and in 2006 a second Broad Foundation grant to investigate the role of mucus associated bacteria in Crohn's disease in children. The findings of this latter grant led to the award of a 3-year NHMRC grant (2008-2010) to continue this work.