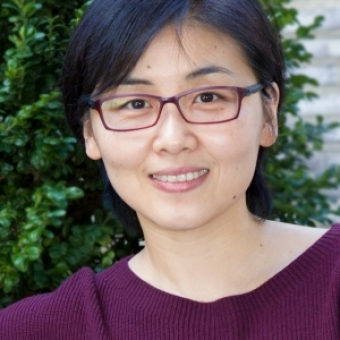 Dr Nieng Yan received her B.S. degree from the Department of Biological Sciences & Biotechnology, Tsinghua University, Beijing, China, in 2000. She then pursued her PhD in the Department of Molecular Biology at Princeton University under the supervision of Prof. Yigong Shi between 2000 and 2004. She was the regional winner of the Young Scientist Award (North America) co-sponsored by Science/AAAS and GE Healthcare in 2005 for her thesis on the structural and mechanistic study of programmed cell death.

Dr Yan continued her postdoctoral training at Princeton University, focusing on the structural characterization of intramembrane proteases. In 2007, she joined the faculty of School of Medicine, Tsinghua University. Her lab has been mainly focusing on the structural and functional study of membrane transport proteins exemplified by the glucose transporters and Nav/Cavchannels. In 2012 and 2013, she was promoted to tenured professor and Bayer Endowed Chair Professor, respectively.

Dr Yan returned to Princeton University as the founding Shirley M. Tilghman Professor of Molecular Biology in 2017. Dr. Yan was an HHMI international early career scientist in 2012-2017, the recipient of the 2015 Protein Society Young Investigator Award, the 2015 Beverley & Raymond Sackler International Prize in Biophysics, the Alexander M. Cruickshank Award at the GRC on membrane transport proteins in 2016, the 2018 FAOBMB Award for Research Excellence, and the 2019 Weizmann Women & Science Award. She was elected as a Foreign Associate of the US National Academy of Sciences in 2019.

Professor Yan joined the School for Biotechnology and Biomolecular Sciences in the Faculty of Science as a Visiting Professorship under the UNSW SHARP Program in 2019.