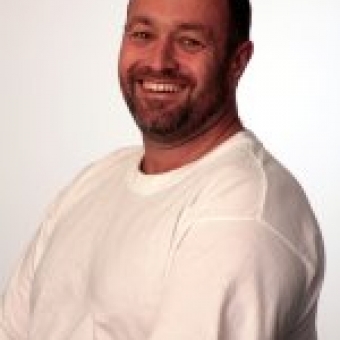 I have established three primary research areas. 1) Identification of viruses which may be involved in hormonally responsive cancer (including breast and prostate), 2) Role of exosomes in virus associated cancer and 3) Threshold concepts in biology education.

I completed my MSc (Med) (1992) and PhD (1996) in the laboratory of Roger Reddel (Childrens Medical Research Institute). While working as a Postdoctoral fellow (1995 – 2000) in the laboratory of Harald zur Hausen (German Cancer Research Centre. Nobel Laureate 2008) and then with Martin Scheffner (University of Konstanz, Germany), I focused on establishing the role (and mechanisms) of high risk Human Papillomavirus (HPV) E6 transformation protein in the immortalisation and eventual carcinogenic transformation of human cells. Since establishing my laboratory at UNSW (2000 – current), my focus has now expanded to establishing a role for viruses in a number of different human cancers.

1. Involvement of viruses in hormonally affected cancers In collaboration with Jim Lawson, Warick Delprado (Douglass Hanly, Moir Pathology), Laurence Gluch (Strathfield Breast Centre), Matthew Orde (Glebe Dept Forensic Pathology) and Michael Pawlita (German Cancer Research Centre, Germany), we have established our group as a leader in the identification of viruses which may be involved in human cancers, with a particular emphasis on Breast and Prostate cancer. We have been successful in obtaining a large number of breast and prostate cancer (and normal control) specimens (fresh and fixed). We are currently screening these specimens with published and novel PCR primers to confirm or refute evidence that MMTV, HPV, CMV and EBV may be involved in these cancers.

Although it is generally accepted that viruses are commonly involved in animal cancers, researchers working with human cancers (of these types) are sceptical that viruses play a causative role. A small number of laboratories around the world, including our own, have reported extremely important supportive evidence for the role of viruses in these (breast and prostate) cancers. A key publication from my laboratory demonstrating that HPV is present in breast cancer while being absent in normal surrounding breast tissue (Figure 1. From Heng et al, 2009) supports a role for HPV in breast cancer. This, and the fact that HPV is readily able to transform milk epithelial cells in vitro, strongly suggests that HPV is a candidate virus for involvement in human breast cancer. In addition, we have recently demonstrated that human breast cancer and mouse mammary cancer are histologically remarkably similar (Lawson et al., 2006), and evidence that MMTV is present in human breast cancer and not the normal breast tissue (Figure 2. From Lawson et al., 2010).

We are also collaborating with a number of labs overseas (e.g. Beatrice Pogo in New York and Walter Guenzberg in Vienna) to push this project along. In fact, after a lot of hard work and negotiating, we now have one of the largest sources of breast and prostate cancer specimen collections in the country which puts us in a unique and strong position.

Cancer is the result of changes to cellular functions which are inherited by the daughter cells. In breast cancer, there is a strong hereditary component with mutation of BRCA1 and BRCA2 being associated with ~45% of familial breast cancer. However, only 5% of breast cancer is attributed to mutations, leaving much of the heritability of cancer unexplained.

Coincidentally, recent evidence suggests a much larger role for viruses and, epigenetic changes , some of which may be instilled by long non-coding RNAs, in a significant number of diseases, including cancer. In addition, it is now clear large ncRNAs are all packaged in exosomes. Exosomes, once released from the cell, are able to deliver their payload to neighbouring and distant cells, affecting the recipient cells growth and behaviour.

Can viruses, such as HPV, be involved in breast cancerigenesis while not being present in all cells of a cancer? The potential mechanisms have been established, this project tests if they can actually occur. In addition, disruption of exosome transmission will confirm their action and identify a new class of exosome targeted therapy.

3. Using threshold concepts to generate understanding of teaching and learning biology (http://sydney.edu.au/science/biology/learning/threshold/outcomes/projectsummary.shtml) The notion of threshold concepts is a recent development in the study of student learning. Threshold concepts are central to the mastery of a specific discipline, and are those concepts which many students find difficult to learn and teachers find difficult to teach (Meyer & Land 2003, 2005). Once understood, threshold concepts allow passage through a portal or conceptual gateway to a previously inaccessible way of thinking about something. These conceptual gateways or thresholds are characterised as being transformative, irreversible and integrative (Meyer & Land, 2005). This transformed internal view is typified by a cognitive and ontological shift, often accompanied by an extension of the use of language (Meyer & Land, 2005). These ideas resonate strongly with academics in a range of discipline areas (Davies & Mangan, 2005; Taylor, 2006) and have stimulated vigorous discussion on approaches to teaching and student learning

This was an ALTC funded project carried out in collaboration with Dr Louise Lutze-Mann, A/Prof Chris Hughes, Dr Charlotte Taylor (USyd), A/Prof Pauline Ross (UWS) and Dr Vicky Tzioumis (USyd). The project was designed to improve student understanding of biology through the use of novel research into the definition of a threshold concept in biology, enabling the development of teaching that is appropriate for diverse learning strategies. At the same time, the process of strategic change in approaches to teaching biology in Australian universities was modelled through extensive discussion and consultation with biology teachers. The project was enhanced and supported by workshops and regular communications with a national biology teaching network.

We identified a web of threshold concepts (http://sydney.edu.au/science/biology/learning/threshold/outcomes/download/Thresholds%20Matrix_colour.pdf), developed interventions addressing threshold concepts across the undergraduate experience, at three universities, and generated a dynamic community of biologists interested in curriculum development using this powerful heuristic.