Translations of the Consensus Statement

The Microbiologists' Warning has appeared in news outlets all over the world. View the links below to see more.

Our co-authors are based in universities all over the world. View related news articles below.

We invite all microbiologists to endorse the Microbiologists’ Warning – microorganisms are so critical to achieving an environmentally sustainable future that ignoring them risks the fate of Humanity.

If you have microbiology training, we invite you to endorse our Consensus Statement published in Nature Reviews Microbiology entitled “Scientists’ Warning to Humanity: microorganisms and climate change”. Our Microbiologists’ Warning aims to raise awareness of the microbial world and make a call to action for microbiologists to become increasingly engaged in, and microbial research to become increasingly infused into, the frameworks for addressing climate change.

2021: Translations of the Consensus Statement are available in Chinese,  Turkish, French, Portuguese, Spanish and Russian.

Microbiologists around the world are calling for the world to stop ignoring microbes - an ‘unseen majority’ in Earth’s biodiversity and ecosystem - when addressing climate change.

Sea ice in Antarctica showing a brown layer of ice algae. These microbes thrive in sea ice ‘houses’ and are the beginning of many food webs, which branches out to feed all larger lifeforms. The melting sea ice has a downstream effect on ice algae, which means a diminished food web and greater risk of starving ocean life.

Climate change is increasing the number and geographic range of mosquitos which are the major vector of dengue, Zika, chikungunya, yellow fever, West Nile fever and Japanese encephalitis viruses, thereby placing millions of people newly at risk. Mitigating the transmission of some mosquito-borne pathogens has proven successful by introducing the bacterium Wolbachia into populations of Aedes mosquitos and releasing them into the environment.
Photo: Alan Bannister, University of Liverpool

Because of climate change, vector-borne diseases in livestock are expected to occur more frequently in the future.
Photo: Matthew Baylis, University of Liverpool

Shifts in precipitation and temperature associated with climate change can directly affect the replication, senescence, and dispersal of pathogens that cause vector-borne and waterborne diseases.
Photo: Justin Remais, University of California, Berkeley

The motivation for the Microbiologists’ Warning comes from the Alliance of World Scientists (AWS) and the Scientists’ Warning Movement that was initiated by Bill Ripple (Oregon State University) to alert humanity to the impacts of human activities on global climate and the environment. In 1992, the Union of Concerned Scientists alerted humanity to the threat of climate change and the need for sustainability with 1,700 scientists signing the first Warning. Twenty-five years later (2017) more than 15,000 scientists signed the Second Warning, with the total reaching 21,000+ in 2019. At the heart of the Warning is a call to governments and institutions to shift policy away from economic growth and towards a conservation economy that will stop environmental destruction and enable human activities to achieve a sustainable future. A film, The Second Warning, is currently being made that aims to document scientists’ advocacy for humanity to replace ‘business as usual’ and take action to achieve the survival of all species by averting the continuing environmental and climate change crisis. Linked to the Second Warning is also a series of focused Scientists’ Warning articles (50+), including our Microbiologists’ Warning. In early 2020 the World Scientists’ Warning of a Climate Emergency was published with endorsements from 11,000+ scientists, and the website is still taking signatures.

To grow the Microbiologists’ Warning, signatories are encouraged to work with their professional societies to write additional article(s) addressing specific aspects of microorganisms and climate change related to members’ expertise, and particularly emphasizing issues of national relevance.

The ability of science and society to address climate change will be considerably empowered by microbiologists, by agencies demonstrably incorporating microorganisms into their ‘thinking’, and by broadly enhancing microbial literacy in society.﻿﻿

Microbiologists can also contribute to efforts as world scientists' warning of a climate emergency and by looking to engage in a variety of ways to act on our own warnings to humanity.

2021: Despite promising developments, the need for climate action has grown even more urgent this year - read The Climate Emergency: 2020 in Review and watch this video on six steps for climate mitigation.

In July 2021, the World Scientists’ Warning of a Climate Emergency 2021 was published. Bill Ripple explains that “…..despite the widespread effects of the COVID-19 pandemic, climate action to date has been insufficient and current planetary vital signs reflect the catastrophic consequences of conducting business as usual. Renewing our call for transformative action, we propose specific policies including phasing out and ultimately banning fossil fuels.”

Federation of Microbiological Societies of Japan

Society for Industrial Microbiology and Biotechnology

Italian Association of Oceanology and Limnology﻿﻿﻿

Society for Microbiology of Moldova

Association of Microbiologists of India

Italian Association for the Study and Applications of Microalgae (AISAM)

Haitian Society of Hygiene, Microbiology and Preventive Medicine (HASOHMED) and the Queensland University (UQ) of Haiti

The Microbiological Society of Korea (MSK)

Other organizations endorsing the Consensus Statement

Where have the signatures come from?

We've received endorsements from Microbiologists all over the world. Here's where they come from:

Organisations that endorse the Microbiologists' Warning

Along with a host of academics, many organisations have added their name to our petition. View their location here: 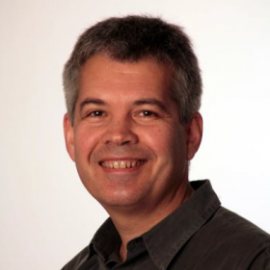