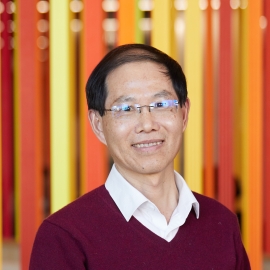 Dr Lan came from a population genetics background and lectured in genetics before doing his PhD in molecular genetics. He combined the two fields in his research on bacterial population structures and evolution of pathogens, making unique contributions to this research field. He has made major advances in the studying of enteric pathogens and evolution of bacterial clones:

Dr Lan initiated the use of genomic subtraction to study genome variation before the genome sequencing era and discovered that horizontal gene transfer is a major factor in bacterial evolution. Although that observation was met with skepticism at the time, the findings have now been confirmed by genome sequence data. Based on that study and genome data he proposed the species genome concept which has been widely cited, and the proposal has been vindicated by microarray studies and rapidly accumulating intraspecies genome data.

His significant work on the origins of Shigella within E. coli resolved the long standing misnomer of Shigella as a separate genus with 4 species. The work was published in the prestigious journal, Proceedings of National Academy of Science, USA, and attracted commentaries in Science and Current Biology. Subsequently he and his colleagues elucidated the relationships of Shigella and enteroinvasive E. coli through a series of studies. His contributions have attracted invitations to write reviews.

Two of his major works on S. enterica were using it as a model organism to study the effect on variation of neighbouring genes by locus under selection pressure for change (the O antigen locus) and to determine the extent of horizontal gene transfer at genome level as discussed above. His studies on serovar Typhimurium, a predominant Salmonella clone, have yielded significant insights into the clone and lay the foundation for the development of a molecular phage typing scheme. His discovery of frequent recombination in subspecies I has a significant impact on our understanding of S. enterica. He also has made contributions in bioinformatics with development of software applications to studying population genetics of bacteria. He maintains two bioinformatics programs MULTICOMP and MLEECOMP, which have been distributed to the research community worldwide.