Hazel Mitchell formally retired her role as Professor of Microbiology at UNSW on the 4th of September. She will resume her association with the University and the 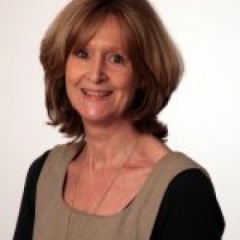 School through her recently nominated appointment as Emeritus Professor.

Professor Hazel Mitchell was awarded a PhD in Microbiology and Immunology from the University of New South Wales, Sydney. She is recognised both nationally and internationally for her research on Helicobacter pylori infection, including investigations of the epidemiology, pathogenesis, host immune response and the role of bacterial and host genetic factors in gastric cancer.

Professor Mitchell was one of the first in the world to study the epidemiology of H. pylori infection and to develop and commercialize an ELISA assays for the diagnosis of H. pylori infection. She was also a senior member of the group at UNSW that generated the first mouse-adapted H. pylori strain SS1, which is still currently being employed in studies worldwide.

In addition, she is recognised nationally and internationally for her studies on inflammatory bowel disease (IBD), including the role of mucosa-associated bacteria in IBD and the effect of exclusive enteral nutrition on the intestinal microbiota of children with Crohn’s disease. She has also played a major role in the development and scientific aspects of the largest clinical trial to date which examined the efficacy of faecal microbiota transplantation in patients with ulcerative colitis, the results of which were published in Lancet in 2017.

Despite a substantial leadership role in medical microbiology at UNSW, to date, she has co-authored >195 peer-reviewed journal articles, 16 book chapters and has co-edited one book entitled “Helicobacter pylori in the 21st century”. Her publications have collectively been cited >4,000 times, and she has given over 50 invited conference presentations.

Professor Mitchell was the first female professor in the School of BABS in 2006, where she has contributed greatly to undergraduate teaching. Her teaching contributions also extended to SOMS in the area of medical microbiology. In addition, she has supervised 15 PhD, 3 Masters and 5 Graduate Diploma, 47 honours and 3 practicum students to completion. Two of these Honours students were awarded the University Medal and one Masters of Philosophy student a prestigious international scholarship. Further, she has mentored 3 NHMRC Early Career Fellows in the last 7 years.

We look forward to Professor Mitchell’s involvement in the School in her new Emeritus role. Congratulations and all the best, Hazel!