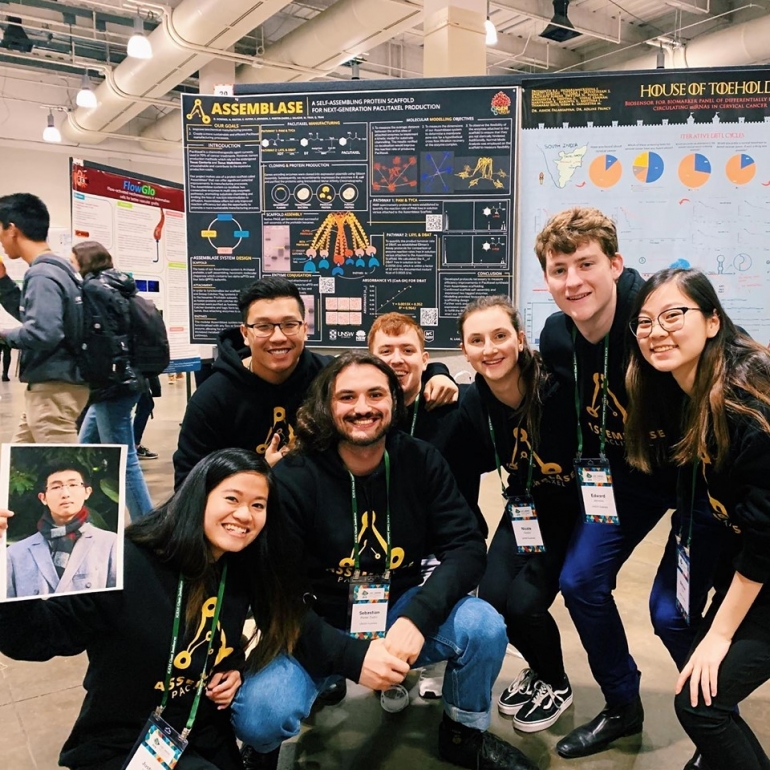 The UNSW iGEM team has just participated in the 2019 Jamboree in Boston, presenting their work on Pacilitaxel biosynthesis using a scaffolded , self-assembling multienzyme structure. The team was awarded a gold medal; all four UNSW teams that have entered since 2015 have achieved this award.

The students have been working hard on this project since March of this year, on top of their normal studies. The work involved not just lab work but engaging in a range of human practices (for example organizing a Synthetic biology Symposium, interacting with various stakeholders in the paclitaxel pipeline and developing a business plan for commercialization). The full breadth of their work can be found here

The 2019 team was mentored by Christopher Marquis and Dominic Glover. The students received enormous help from members of the Glover lab, the Recombinant Products Facility and from former iGEM team members still on campus. We plan to enter a team in next Year’s competition.